Get your Rebel Beat merch today! Our t-shirts and pins make for great holiday gifts for that radical music lover in your life, and you can also support the podcast at the same time!

(All prices include tax and shipping in North America. For international orders, email us at rebel@ckut.ca to work out shipping prices)

To order – send us a Paypal transfer to rebel@ckut.ca. Please include your full mailing address in the message section. If you’re order a t-shirt, please indicate your size as well (we have S,M,L,XL).

To ensure that your order arrives before x-mas, place your order before December 1. 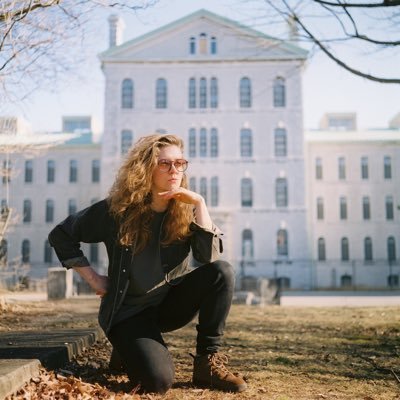 One downside of only publishing the Rebel Beat podcast once per month is that I feel there is just TOO MUCH GOOD RADICAL MUSIC OUT THERE to fit onto a monthly show! So this is a bit of an attempt to bring together some things I’ve been listening to lately – all artists that I hope we’ll feature as guests on the podcasts some day, and albums you should check out. So hope you enjoy this video mixtape!

Fiver is the solo project moniker of Simone Schmidt, a gifted songwriter, ex lead singer of One Hundred Dollars, and also a dear friend of mine. For her upcoming album, due out in April, Simone spent years doing research in the Ontario archives about women who were locked up in the Rockwood asylum in the 1800s. The result is a beautiful collection of songs based on some of the real stories of women who were incarcerated there. If you want to hear a great interview with Simone, as well as teasers for some of the songs, check out this recent episode of The Imposter podcast. And here’s a great little mini-doc about the album!

To me, Montreal’s very own Narcy can do no wrong. In a climate of heightened xenophobia and racism against refugees, this video couldn’t have come any sooner.

END_OF_DOCUMENT_TOKEN_TO_BE_REPLACED

As the year draws to a close, we wanted to look back at some of our favourite revolutionary videos of 2015. And in case you missed it, check out our year-end edition of the podcast here.

Probably one of the dopest and most exciting tracks/videos of 2015 for us was the remixed version of Which Side Are You On? by Rebel Diaz, featuring Dead Prez and Rakaa Iriscience.

We’ve been talking A LOT about Narcy’s AMAZING album released this year, World War Free Now. He’s been doing some amazing stuff with his global collective We Are the Medium, which included mounting performance art at Montreal’s Place des Arts, and releasing several videos, including this short film called “Rise”. This film is described as:

Set in 2025, business man Jamal El-Nargisee finds himself battling a personal coup. With his imagination wrecking havoc on his reality, Jamal wonders whether his forgotten creativity was crushed by his business acumen or if he has lost his mind in the grind. RISE is an ego trip, a short music film based on The Narcicysts’ upcoming solo LP and an ode to the saying; what goes up, must come down.

One video that might need no introduction is M.I.A.’s “Borders”, which was just launched a few weeks ago and has already garnered hundreds of thousands of views. The video depicts scenes from this year’s harrowing refugee crisis, and was dedicated to the singer’s uncle, who fled Sri Lanka as a refugee (M.I.A. herself is also a refugee based in London, England).

END_OF_DOCUMENT_TOKEN_TO_BE_REPLACED

It’s been a while since we’ve posted a vide we like, but the amazing Saul Williams was in Montreal last night, so we were thinking of him, and just discovered this video. This dropped a few months ago, but it’s wicked none the less.

One of our favourite local Montreal feminist punk bands, Heathers, just released a new single with an accompanying video! Check out the video for Downtown Cop here, and click here to download the tune from their Bandcamp!

Oh yeah, and if you missed our podcast where we interviewed Helen from the band Heathers, get it here!

One of our favourite artists on this show, Ana Tijoux from Chile, just released this AMAZING new Anti-Patriarchy music video, featuring beautiful footage of amazing womyn warriors from around the world. Check it out here, and click this link for a bit more context from Jezebel magazine.

Also, we were honoured to bring on another collaborator on edition 016 of The Rebel Beat podcast, author/DJ Dawn Paley, who joined us from her home in Puebla, Mexico. Here are is a link to another mix of Dawn’s that she put up on her Soundcloud page. Hope you enjoy!

END_OF_DOCUMENT_TOKEN_TO_BE_REPLACED

Rebel Diaz, a radical hip-hop group straight out of the Bronx, just dropped a brand new video in time for Mayday this year, and we at The Rebel Beat just can’t stop watching it.

A little description from the group:

We are living historic moments of oppression, to which the people have the right to respond with historic moments of resistance. The Which Side Are You On REMIX came out on our Radical Dilemma album, but the time is NOW for the song and the message it represents. It was an honor to link with Dead Prez and the comrade Rakaa Iriscience of Dilated Peoples, artists whose shoulders we stand on, who have paved the way for a Rebel Diaz. From #Baltimore to #Ferguson to #Chicago to #TheSouthBronx to #LosAngeles and beyond.. #WhichSideAreYouOn?!

Just enjoy this one from L.A’s Las Cafeteras 🙂

The video speaks for itself.

Check out this beautiful video done by our comrades at Madoc. Combining the music of Antoine Corriveau, and images from Quebec’s 2012 student strike, this video is a sort of prelude to the massive movement towards a general strike in Spring of 2015. Enjoy. And remember – spring is coming. And beneath the snow, the paving stones.

The power of music in protest is deep deep deep. Here are two beautiful takes on the same song, one older, and one very new.

From Ferguson to Palestine, justice will shine.

(For more context on the Ferguson to Palestine video, click here)