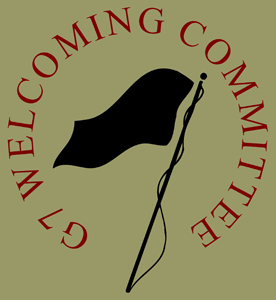 We wanted to start the year off with a bang by going back to a record label that was extremely influential for prairie punks and radicals of all stripes in so-called “Canada”, and further afield. G7 Welcoming Committee records was started back in 1997 in Winnipeg by members of Propagandhi, The Weakerthans, and other activist/musicians from central Canada. Up until 2010, it was putting out some of the best radical music, books, and spoken word CDs around. In fact, plenty of the music that we’ve featured on The Rebel Beat is from releases that G7 put out.

Since it’s been just over 5 years since the label ceased operations, we wanted to go back to revisit some of the catalogue in detail, and give it the respect and admiration it deserves.

This retrospective will be the first in a series of features we’re doing on radical music labels, so stay tuned this year for a few more, or subscribe to the fuckin’ podcast!

Here, we play a bunch of G7’s artists, get a snippet from their amazing podcast “Escape Velocity Radio“, and check in with Derek Hogue, one of the founding members of the label, to get his point of view of the collective’s highs and lows.

The Weakerthans – My favourite chords

Clann Zu – From Bethlehem to Jenin

Warsawpack – Year of the car crash

I Spy – Cowboy and Indians

GFK – The end of our contribution to modern slavery

Rhythm Activism – In the darkest hour

Propagandhi – I am a rifle