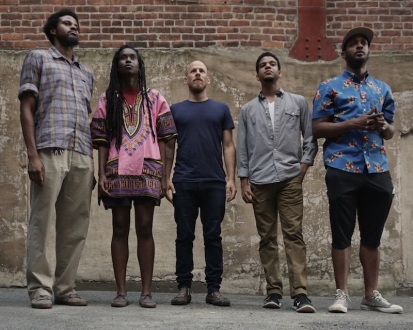 Irreversible Entanglements are a liberation-oriented free jazz collective formed in early 2015 by saxophonist Keir Neuringer, poet Camae Ayewa (a.k.a. Moor Mother) and bassist Luke Stewart, who came together to perform at a Musicians Against Police Brutality event organized after the slaying of Akai Gurley by the NYPD. Their music is soothing, chaotic, powerful, and deeply rooted in movements for Black freedom and resistance.

Today on the Rebel Beat we’re joined by Keir and Luke from the band who join us from Philly and Washington D.C. respectively to talk about their new album “Who sent you?”, band life under lockdown, and the radical politics of jazz improvisation. Enjoy!

Episode 100 will be coming out on May Day (May 1st), and we want to hear from you! Send us your audio Mayday greetings to rebel@ckut.ca by April 27th

Dig this podcast? Then support us! www.patreon.com/rebelbeatradio

Irreversible Entanglements – Who sent you / Ritual

One thought on “Episode 99: Irreversible Entanglements”