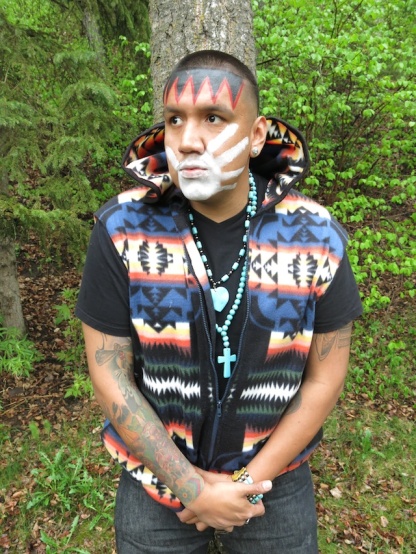 Welcome back to the latest podcast of The Rebel Beat!

This week on the show, our special guest is Drezus (aka. Jeremiah Manitopyes), a Plains Cree Indigenous MC based out of Calgary. Drezus has been making waves across Turtle Island over the last few years, especially after he took home multiple awards at last year’s Indigenous Music Awards in Winnipeg, including Best Rap Album, Indigenous Entertainer of the Year, and Best Video (for his track “War Path”).

We spoke about his life, his family, his music, and some of the most pressing issues facing Indigenous communities today.

Also on the show, we paid our respects to Phife Dawg of A Tribe Called Quest, who sadly passed away this week. Rest in power Phife, and thank you for everything you’ve given hip-hop!

So what you’ll find here is 2 hours of wicked music, lots of Indigenous hip-hop, some oldies gems, some political punk rock, and of course a nod to our friends East End Radicals, who played their last show over the weekend. Cheers!

A Tribe Called Quest – Can I kick it?

A Tribe Called Quest – Push it along

A Tribe Called Red – NDN’s from all directions

Winnipeg Boyz – Why we out here

Amanda Nahanee – Get up

JB the First Lady – It’s too late to apologize

Carrie Lynn Victor – Back in action

The Clash – The clampdown