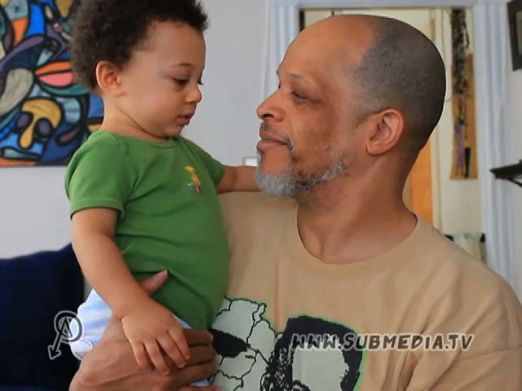 Ashanti with his son

Boom! Here we go! Podcast #002 of The Rebel Beat. On this week’s podcast, we continue our Black History Month series, looking at the recent inspiring uprisings in Black communities against police brutality and impunity.

This podcast also marks the beginning of a regular collaboration we’ll be doing with the long-running badass anarchist video collective Submedia.TV. Unfortunately their adorable disembodied head, The Stimulator, aka Frank, couldn’t be with us in studio for this show, but we caught up with him by phone during a high-speed police car chase. Despite being indisposed by the fuzz, he still managed to provide some dope tracks here, as well as an interview with former political prisoner of the Black Liberation Army, the anarchist panther, Ashanti Alston. Check out the full video of the interview at the bottom of the show notes!

Next week, we’ll be live in studio with DJ Andy Williams of The Goods crew to spin stacks of wax and talk about jazz and its relationship to the Civil Rights movement.

Kendrick Lamar – The blacker the berry

Gabriel Teodros – Who is telling who to be peaceful?

EBN – I will teach you