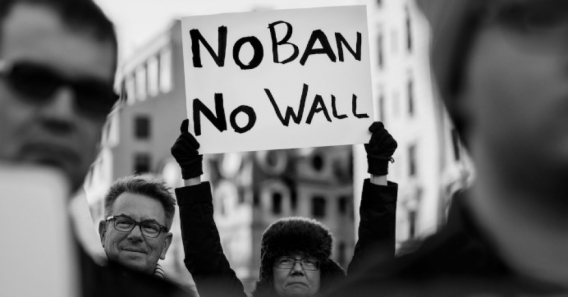 The year is almost up, and we get ready to turn our calendars on a year that has been marked around the world by rising sea levels, rising far-right movements, and rising repression. Luckily, there will always be social movements out there to confront these injustices, just as there will always be artists and musicians ready to put a deadly beat behind a righteous message.

As we get ready for 2018, here are some highlights of radical music and podcasts that we have enjoyed at The Rebel Beat throughout 2017. If you dig these artists, and if you have some cash to spare, do consider buying their music, as this is really the only way to support independent music in our digital age.

Also, if you enjoy The Rebel Beat, please consider throwing $1 per month (or more!) our way! You can sign up easily on our Patreon page today.

Oh, and we’re about to release the next episode of our podcast, which will feature an interview with Lido Pimienta! So if you don’t wanna miss that, subscribe today on iTunes, Stitcher, TuneIn, or wherever you like to get your podcasts.

Fiver (aka. Simone Schmidt from Toronto) is a phenomenal singer-songwritter who crafted this amazing album based on the archives of a women’s prison that locked people up in southern Ontario from the 1850s-1870s. It’s hard-hitting, insightful, and the wild thing is that pretty much all the issues that Fiver sings about on the album can still be seen in the prison industrial complex today.

I seriously could not get this album out of my rotation as soon as it dropped in late September of this year. Winnipeg’s anarcho-punk veterans do not disappoint on this album, their second with Epitaph records, and their eighth overall. Propagandhi don’t put out albums very often anymore, but when they do, they make them count. And if you missed our interview with Jord from the band, drop everything you’re doing right now (unless you’re holding a baby or organizing an anti-fascist rally) and go listen to it here!

I think one of the things I like most about Talib Kweli, this legendary Brooklyn MC, is his unchained Twitter persona. He basically uses it to destroy racists in front of his 1 million + followers, and he doesn’t hold back. I’ve found that Kweli has been particularly outspoken in the years since the Ferguson uprising (he went down there himself to participate in the protests following the police murder of Mike Brown). His new album continues the great recent tradition of soundtracking the Black Lives Matter movement, and has some great collaborations, like this video with Anderson Paak and Kaytranada, and directed by Narcy!

The Downtown Boys have been called the most exciting band in punk rock. I would call them one of the most important voices in punk, and a reincarnation of the raw energy of the X-Ray Specs with their saxophone-laden heavy tunes. They bring their no-borders, fuck-racists message to the front in unapologetic ways, like in this video here.

Godspeed You! Black Emperor will always have my heart. And I’m not just saying that because the band is from Montreal, and so am I (well, maybe that’s a part of it). Their music is the soundtrack to the apocalypse – dark, brutal, epic, yet always with pockets of light and hope piercing through just when you need it. They give shout outs to student strikes, and hold fundraisers for transgender and immigrant worker support groups. Their latest album has track titles like “Bosses hang” and “Anthem for no state”, so yeah, it won over my anarchist heart again.

Brother Ali – “All the Beauty in This Whole Life”

I got to interview Brother Ali for The Rebel Beat back in June when his tour came through Montreal (check out that episode here!), and he proved to be one of the most humbling artists I’ve ever met. Not even six months after the terrifying racist massacre at a mosque in Quebec City, we spoke about fascist violence, spirituality, police brutality in the USA, and love. His latest album “All the Beauty in This Whole Life” is also a reflection of all of that.

As you might know if you’re a regular Rebel Beat listener, we joined the Channel Zero Network of anarchist podcasts this year! It has been an honor to join our podcasting brothers and sisters in arms at places like the It’s Going Down Cast, The Final Straw, Rustbelt Abolition Radio, and Crimethinc who are putting out amazing anarchist news and analysis. With a white supremacist about to celebrate one year in the White House, we need to resist by any means necessary. One of these ways is offering up revolutionary audio content in your podcast feeds, so you can share it with your peeps. Go check out Channel Zero today, and hopefully you’ll find something inspiring.